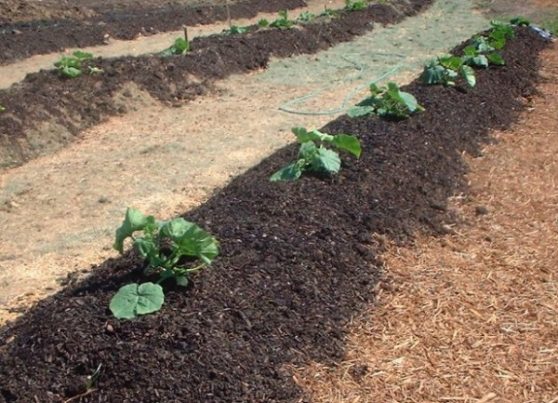 Mike Adams, the Health Ranger and founder/editor of Natural News, calls biosludge “the greatest environmental crime in America.” And Adams’ voice is one worth listening to. In addition to being the founder of the most trafficked natural news site on the web, he is also the founder of several other health-oriented sites, and has been called “the best health and natural products writer on the scene today.”

Biosludge is something that has likely affected every single American, and yet most have no idea what it is. Keenly aware of the need to disseminate this vital information, Adams decided to shine a light on the problem by producing the groundbreaking new documentary, Biosludged, due for release this year. The documentary is part of the Censored Science series on Natural News. The trailer can be viewed below.

So, just what is biosludge? Basically, biosludge (or biosolids) is the product created when raw human sewage is processed and turned into fertilizer for agricultural applications.

Dr. Edward Group, founder of the Global Healing Center, refers to it as a “flush and forget type of scenario,” where people unwittingly get what they’ve flushed down the toilet right back on their dinner plates a few weeks later.

Though the use of biosludge is prolific throughout the U.S., there is no scientific evidence whatsoever that it is safe.

Very few scientists have been willing to speak out against this practice, but Dr. David Lewis, a researcher and microbiologist, has been doing so for close to two decades. When he voiced his concerns about the risks of using sewage sludge as free fertilizer one too many times, he was forced out of the Environmental Protection Agency (EPA). (RELATED: What else is the EPA up to? Find out at EPA.news)

According to Dr. Lewis, scientists who speak up against the biosludge industry either find themselves fired or in prison. On the other hand, scientists who are willing to fake data in support of this massive money-spinner are “promoted and protected at the highest levels.”

Dr. Lewis calls biosolids a “universe of pollution in one product.”

A groundbreaking study was undertaken in 2002 by researchers from the University of Georgia, and co-authored by Dr. Lewis, who was still affiliated with the EPA at the time. The study, which was published in the British medical journal BMC Public Health, found that residents living within 0.6 of a mile of sites where biosludge had been applied, frequently complained of burning eyes and lungs, skin rashes, and several other illnesses. There was also an elevated risk of Staphylococcus aureus infections of both the skin and respiratory tracts of residents. A quarter of all the people surveyed were infected, leading to two fatalities.

Dr. Lewis noted at the time, “The EPA did not consider S. aureus to be a significant public health risk even though it is a leading cause of hospital-acquired infections and is commonly found in sewage.” (RELATED: Stay in the loop as Mike Adams continues to expose this issue at Biosludge.news)

Dr. Lewis is the author of an incredibly informative book outlining how the scientific community is silent about many other subjects besides just biosludge. It is entitled, Science for sale: How the US government uses powerful corporations and leading universities to support government policies, silence scientists, jeopardize our health, and protect corporate profits. It comes highly recommended by Mike Adams, and is widely available for purchase.

Clearly, the powers that be would like us all to either remain blissfully ignorant about the whole concept of biosludge, or alternatively believe that it is a harmless and beneficial “recycling” effort. Fortunately, we have scientists like Mike Adams and Dr. Lewis to ensure that we are not kept in the dark about such an important subject.

Sources for this article include: