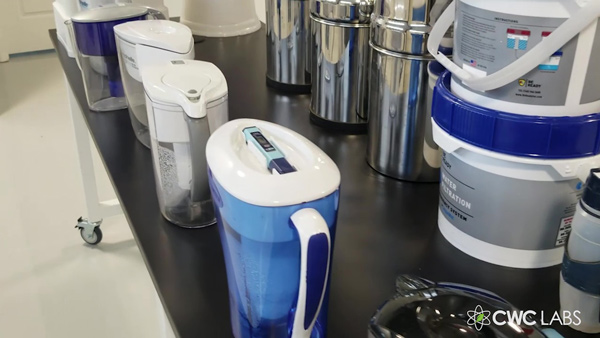 As part of 2019 effort to conduct more lab science in the public interest, we are announcing glyphosate testing for water filters. The experiment, carried out at CWC Labs, will pour diluted glyphosate (2ppm glyphosate in water) through popular water filters, then test the resulting “filtered” water to see how much glyphosate is removed.

The water filters being tested include: 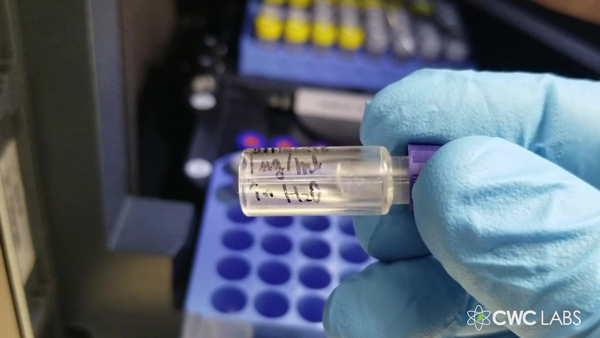 The instrument we use to measure glyphosate concentrations is a triple quad mass spec (LC-MS-MS), capable of detecting glyphosate well below 1 ppb. This instrument is shown in the video below.

As I explain in the video, I doubt whether any of these popular water filters will show much effectiveness at removing glyphosate. Many water filters claim to remove “99% of pesticides” and other chemicals, and while that may be true with specific, individual pesticides, it seems incredibly unlikely that any filter would remove anywhere close to 99% of glyphosate.

Here’s why: Glyphosate is water soluble and does not easily interact with the chemistry of water filter media. Where lead and mercury, for example, are easily captured by activated carbon, glyphosate moves right through activated carbon. In addition, glyphosate is highly polar, meaning  the glyphosate molecule has strongly opposite charges on the two ends of its molecule. As explained in this Perkin Elmer document quoted below, most labs have traditionally used something called “post-column derivatization” in their methods to detect glyphosate, involving the use of extremely toxic chemicals:

Glyphosate is a very polar compound with high solubility in water and low solubility in most organic solvents. These properties mean that these compounds do not retain well on conventional C18 LC columns and non-polar GC columns. Therefore, the derivatization with fluorenylmethyloxycarbonyl chloride (FMOC-Cl) is a common procedure to improve extraction and separation of glyphosate and other related compounds with LC and GC based methods. These methods based on derivatization are labor-intensive, time consuming and less reproducible.

At CWC Labs, we have fine-tuned a method requiring no derivatization, meaning we can inject glyphosate in water directly into the mass spec system. It took me over two years to nail down a mass spec method that accurately and consistently quantitates glyphosate concentrations in water and food samples without using derivatization. Interestingly, most of the lab science papers written about glyphosate describe methods that do not work or lack important details to make them work. Glyphosate quantitation is extremely pH sensitive and requires custom-made chromatography columns that cannot be purchased off-the-shelf. Many science papers claim that off-the-shelf columns work, but in practice they actually don’t. (Trust me, I’ve followed all the papers and tried all the columns. They produce horrific chromatography that’s practically unusable…)

This helps explain why glyphosate testing is so new to the food industry. Until now, almost nobody has been able to pull it off. I am only aware of two other labs in North America that are currently testing glyphosate using mass spec methods, and since I haven’t seen what method they’re using, I can’t speak to the reproducibility and accuracy of their methods.

Watch this video, share the links and learn about glyphosate vs. water filters

Here’s the video describing this testing. It features some really cool footage of the triple quad mass spec instrument we use for glyphosate testing:

The results we find will be released to the public for free. To help support our ongoing science experiments carried out in the public interest, shop at HealthRangerStore.com where we are rolling out glyphosate testing for all our branded products. Look for the “Glyphosate Tested” logo on products sold at the Health Ranger Store to know which ones have undergone comprehensive glyphosate testing. Here are some of the certifications we carry at the Health Ranger Store: