Mike Adams warns Millennials: Don’t be the next generation of “greater fools” who get wiped out by the stock market crash 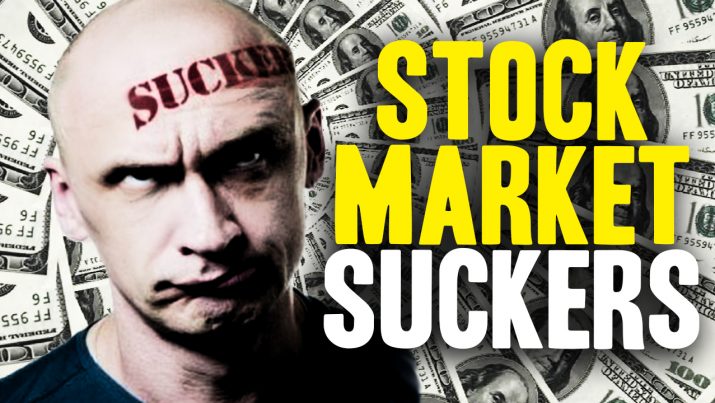 The Health Ranger warns millennials not to be the “next generation of greater fools” who are annihilated by the stock market crash. Mike Adams explains why millennials are fools, claiming they have overcome the cycles of fear and greed that fuel the market bubbles and crashes. But with the impending stock market crash, these millennials will know the distressing truth.

The media continues to misinform the public, saying the stock market will be different from the last time. This has become a mantra of everyone who needs an excuse that the stock market will offer something promising each time. But history has proven (time and again) that every time is not different at all. Adams says that each time is the “repetition of the stupidity of the investors who are the same suckers as the generation before.”

Mike Adams, the Health Ranger, is an award-winning investigative science journalist. He is likewise the author of the #1 top-selling science book on Amazon known as Food Forensics. The Health Ranger is also the lab science director of an ISO-accredited laboratory called CWC Labs, which has conducted tests to over 600 products. These products can be found in Health Ranger’s online store.  He has achieved multiple laboratory innovations in the programming of automated liquid handling robots intended for external standards prep and sample preparation. The Health Ranger lab conducted tests and published the results of more than 600 municipal water samples across the United States. He was awarded a Certificate of Excellence for attaining off-the-charts precision in the analysis of toxic elements in unknown water samples with the use of ICP-MS instrumentation.

These investors have bought overvalued and overpriced stocks thinking that the value of these assets will continue to improve. But investors are in for a real big surprise. Today’s market is immensely overvalued that the bubbles are going to burst, eventually leading to a stock market crash. Adams is 100 percent certain that it is going to happen for the simple reason that the laws of mathematics and economics are still intact.

Most people do not operate on reality, but rather on social conformity. They believe what others tell them. This misinformation is propagated by mainstream media who don’t understand how the stock market works. These false narratives blow the bubble bigger and bigger until it just explodes, making the collapse even more devastating. It’s the mentality of these so-called “sheeple” (people who blindly follow instructions like sheep), who are — technically — responsible for the stock market bubble burst in the first place.  If everyone was rational about earnings and valuations, as well as making wise investment decisions based on the actual numbers and economics, bubbles would be virtually non-existent. Stock market bubbles occur when people are irrational and driven by greed. They aboard the hype train without realizing there’s no light at the end of the tunnel. Sheeple join the bandwagon and do what’s currently popular and “in”. Eventually, they will create bubbles as a result of their terrible investment choices.

Repercussions are felt throughout the stock market industry when it bursts. Just remember that the higher the bubbles go, the more troublesome the crash would be. Because they are consumed by greed, they do not realize it until it is too late. This accelerates the downfall of the market.

The day is coming when the stock market will crash, and the people who contributed to these bubbles will deny being a part of it. If they were reasonable investors, had common sense, and were not motivated by greed, these crashes would never happen. But this is just wishful thinking. The exact opposite is happening. The worse part is that they are going to put the blame on others, particularly the rich. Why? Because now they are poor. As soon as their strategies did not go their way, they will find someone to blame. They are in denial that they brought their own devastation to themselves.