Toxic malaria vaccine to be tested in Africa, even after Health Ranger reports on a botanical alternative with an astounding 100% cure rate 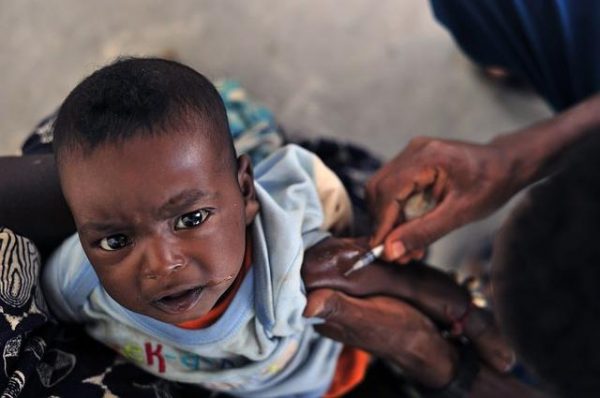 Though malaria is a virtually unknown disease to many in the U.S., it is a global menace that affects upwards of 212 million people annually, killing close to half a million in any given year. In the past, the medical approach to the treatment of malaria has been to prescribe a type of drug called Artemisinin Combination Therapies (ACTs). However, on the eve of World Malaria Day – which falls on the 25th of April each year – the World Health Organization (WHO) announced that it will be starting to test a new anti-malaria vaccine in the fields of Kenya, Ghana and Malawi, beginning in 2018. Though scientists involved with the development of the vaccine have called this “great news,” insisting it will “make a real difference,” is this vaccine really necessary, and will it live up to the hype?

Interestingly, on some fronts, the tide has definitely been turning in the war against malaria. In the 15 years from 2000 to 2015, there was a 62 percent reduction in the number of people dying from malaria, as well as a 41 percent reduction in the total number of diagnoses. This has largely been due to the hard work of NGOs and other groups on the ground who have been educating people about avoiding the disease by using mosquito nets and other control measures, making people more aware of the symptoms of the disease so that they can get treatment sooner, and distributing more medication to nations in need.

One wonders, therefore, why there is so much interest in developing an anti-malaria vaccine now, when the battle is clearly already being won. Very disturbing, too, is the fact that the Bill and Melinda Gates Foundation (BMGF) has been actively involved in the development of this vaccine, known as Mosquirix or RTS,S. The foundation has donated over $1 billion to family planning initiatives, and one of its stated objectives is to reduce the global population through its Global Health Development Programs. In a TED Talk back in 2010, Bill Gates stated, “The world today has 6.8 billion people … that’s headed up to about 9 billion. Now if we do a really great job on new vaccines, healthcare, reproductive health services, we could lower that by perhaps 10 or 15 percent.” [Emphasis added]

That’s scary stuff. A vaccine is supposed to protect people and prolong their lives, right? So how on earth could vaccines possibly lower population? Logically, if they are as effective as they’re purported to be, they should increase the population by preventing deaths. Kinda makes you wonder what’s in those vaccines, doesn’t it? (RELATED: To find out more about what people like Bill Gates are up to, visit Depopulation.news)

Granted, there has been a marked increase in the number of drug-resistant malaria cases worldwide, but that doesn’t mean a preventative vaccine is the best solution. Even if it doesn’t kill you – and who knows, when the BMGF is involved – vaccines have side effects and are not 100 percent effective. And there is a naturally available treatment that has been successfully used to treat malaria in traditional Amazonian, Chinese and African medicine for centuries, that doesn’t have side effects, can be grown anywhere and can even treat drug-resistant malaria: The Artemisia annua plant, commonly known as sweet wormwood or sweet annie.

The Health Ranger recently reported on a study published in the journal Phytomedicine, which describes how the Artemisia annua plant saved 18 patients in the Congo who were suffering from drug-resistant malaria that was totally unresponsive to any western medical treatment. When the patients failed to respond to ACTs, doctors tried the dried leaves of the Artemisia annua plant in a final bid to save their patients’ lives. After only five days of treatment, all 18 patients were 100 percent recovered, and blood tests revealed absolutely no remaining parasites in their blood.

If a naturally occurring, freely available plant medicine is available to treat drug-resistant strains of malaria, and other preventative measures have already turned the tide in the fight against this disease, any thinking person has to wonder why the BMGF, the WHO and others are suddenly pushing for the release of this new vaccine.