The Health Ranger was right: Republicans have no will to govern and are destroying Trump’s agenda 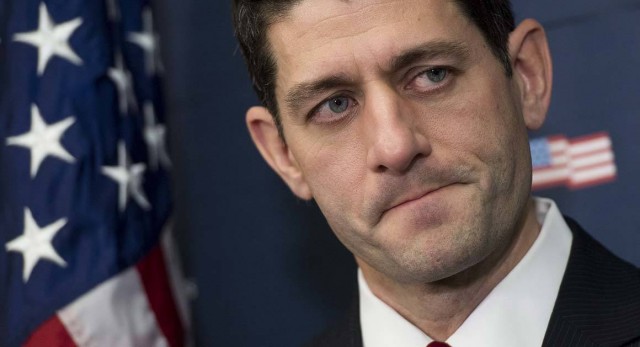 If you’re a supporter of the Republican Party or President Donald J. Trump, chances are good you were very optimistic and even hopeful that major changes would be coming to Washington, D.C., after the GOP kept its congressional majority and Trump defeated Democratic nominee Hillary Clinton.

Though it’s still very early in the Trump presidency, we can already see that Republican lawmakers do not have the will, backbone or unity to govern our nation, and that’s not going to bode well for the president’s agenda, which, by the way, allowed him to win more electoral votes in traditional Democratic states than any other Republican presidential nominee since Ronald Reagan.

As reported by the Washington Examiner, interviews with GOP lawmakers and congressional aides confirm what many suspected, given recent legislative failures: The Republicans cannot govern. (Related: Does Congress have a Republican majority? Because it sure doesn’t seem like it.)

Unable to deliver on the one major promise the party has made for seven years – repealing and replacing Obamacare – the GOP majority also caved on budget talks finalized this week that led to a “deal” only a Democrat could love: $1.2 trillion to fund the government for the remainder of the fiscal year (Sept. 30) that does not include funding for the president’s border wall but does fund Planned Parenthood, additional refugee resettlement and “sanctuary cities.”

Republicans “lack the unity, mindset and political will to make the hard choices required to govern,” the Washington Examiner reported, citing interviews with veteran House Republicans and aides.

The healthcare breakdown is just another symptom of this broader political virus that seems immune to all antibodies, including President Trump, the Republican who took up residence in the White House in January.

“The failure here has not been in our leadership, it’s certainly not been in the president, it’s been in our inability to overcome our own differences and our lack of trust in one another,” Rep. Tom Cole, R-Okla., told the site.

Voters have given the GOP a historic majority in the House – 247 seats out of 435, their largest majority ever. All that is needed to advance legislation is 218 votes; apparently, even a 29-seat cushion isn’t enough.

None of this has been lost on Natural News editor/founder, Mike Adams, the Health Ranger. The day before the Washington Examiner story was published, Adams wrote that the GOP congressional majority the country was counting on to help Trump change the direction of the country from its far-Left, socialist lurch has already demonstrated it is not up to the task:

It’s over for America. The “hail Mary” Trump revolution has been suffocated by a hoard of spineless, incompetent corporate prostitutes known as “Congress.”

The $1 trillion spending bill now nearing final approval in Washington D.C. proves beyond any doubt that Washington cannot be fixed by Washington.

It is beyond reform… and beyond the hope of even the most optimistic.

The corruption is so deeply ingrained in the system that even well-meaning individuals like Rand Paul are overrun by the swamp monsters who dominate the establishment. Republican or Democrat, it’s all one big, fat, corrupt party now: THE PARTY OF BIG GOVERNMENT.

Adams noted further that despite being given clear mandates by a majority of voters, Republicans are tone-deaf to it, and instead have been hopelessly co-opted by big corporate donors, K Street lobbyists and other special interests that have little interest in fixing big problems.

“The Republican party, in particular, has now been exposed as a massive con that falsely promised to cut the size of government… but only as rhetoric, not reality. The same party that sent half a dozen ‘repeal Obamacare’ bills to the White House during the Obama administration now can’t seem to finds its own scrotum for long enough to send the exact same repeal bill to the desk of President Trump,” he wrote.

“In other words, the very effort to ‘repeal and replace Obamacare’ under President Obama was a sham. They never really meant it. They only pretended to want to repeal it when they knew the president would never sign it,” he added. (Related: RNC chief has harsh warning for her party: ‘Show you can govern’ or lose power next year.)

Indeed, as reports today noted, even with changes to the original repeal bill – the awful American Health Care Act – there are still not enough Republicans who will support it (not a single Democrat is likely to vote for any repeal-and-replace measure, since Obamacare was passed without a single GOP vote).

“We have got to start governing, and legislating the Trump agenda,” a frustrated Rep. Ann Wagner, R-Mo., told the Washington Examiner.

Adams doesn’t see that happening anytime soon, if at all.

“We’ve all been conned yet again, which frankly isn’t that surprising,” he writes. “Our election of Donald Trump was primarily an effort to block the coronation of Hillary Clinton, who would have terminated the Republic as we know it today and gutted the Bill of Rights. Most of us strongly suspected Trump was walking into a cesspool of corruption and incompetence, and now we know for sure just how impossible it will ever be to drain the swamp at all.”

As I added at The National Sentinel:

Republicans have a simple choice: Get it together and govern or get the hell out of Washington, D.C. We have a country to save, boys and girls, and if you’re not willing to help, you’re just taking up space for another Republican who is willing to step up.

We’ll see if that happens, but we’re not holding our breath.

J.D. Heyes is a senior writer for NaturalNews.com and NewsTarget.com, as well as editor of The National Sentinel.