If you want to know which REAL assets will survive war, revolution and financial collapse, listen to the Health Ranger’s advice 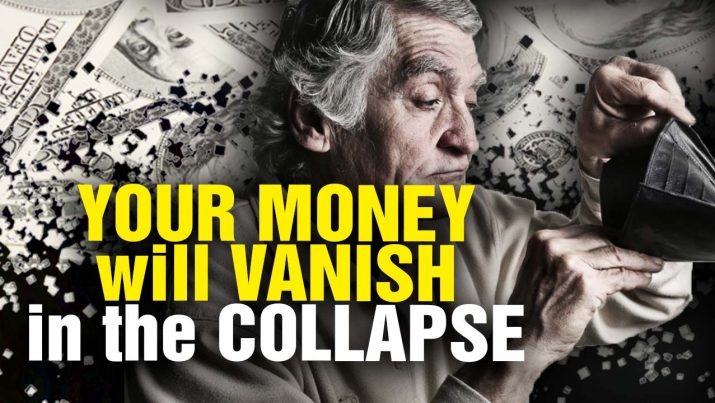 The Health Ranger reveals the real assets that will survive war, revolution, and financial downfall.

In his popular podcast series, Mike Adams said that bank savings can vanish instantaneously in an outbreak of war or financial collapse. Financial downfalls have occurred several times in history. Banks “safeguard” the assets and money of their clients. But are they really protecting it? Are their clients really the owners of these assets? The Health Ranger absolutely believes they are not. Most people in the United States keep their savings in a virtual electronic format. Unfortunately, these people are the first ones to get hit when the banking industry collapses. Now is the time to think about and look for alternatives. In case the banking institutions fail, people must have things around them that are “barterable.”

In a downfall scenario, things that can be traded hold real value. Some of these things might even come as a surprise. The Health Ranger recommends having gold and silver in possession. They have significant value. Gold has high value but it’s difficult to exchange or trade. Silver, on the other hand, breaks down easily into smaller units of value, making it better to trade right away. It’s better to have a combination of both these items. It’s also better if it comes in the form of U.S. mint coins, which people immediately recognize. Spare cash is also a decent idea, though the U.S. dollar will likely collapse at some point in the future. In the aftermath of such events as war or a huge natural disaster, dollars will still be accepted. But gold and silver are still more valuable than paper money during a financial collapse. History has proven this to be true.

Aside from gold and silver, art is another indispensable asset not to be taken for granted during an economic meltdown. Mike Adams doesn’t recommend investing in art unless people know exactly what they are buying. And by art, he meant excellent quality, museum-worthy, and high-society pieces.

He also mentions land as an asset. Land is one of the best assets to own, especially after a financial meltdown. Land doesn’t just dissipate and it is hard to steal (except in cases of invading enemy forces or by forceful repossession by the government itself). Its value can exponentially increase if it has rich soil good for growing crops and good water sources. The Health Ranger suggests investing in lands with good water sources. Because water, like land, is an invaluable asset in case of a downfall.

Adams also mentions ammunition as a great asset. In particular, rifle ammo is far better than any other kind of ammo. Just make sure that it is legal.

So, how can people protect their assets against different threats? The Health Ranger urges to do “microcaching.” Microcaching is essentially hiding small caches of supplies in different areas around a person’s immediate property, or someone else’s property.

However, keep in mind that there are ideas other than burying assets. For example, Adams says picking apart the refrigerator door and hiding the stash of valuable assets in there could work. Or, hiding the “goods” inside the door itself by leaving a hollow area, sealing it then painting it.

Diversity and creativity are crucial. It is important to have savings in different forms so that when the financial crisis happens, you will be prepared. There are believable risks of systemic failure, war, and financial problems right now, which is why the Health Ranger encourages the diversification of assets. In the next 10 years, those who diversified their assets will be way more ahead than those who did not.

With the combination of technical expertise and his love for health, the Health Ranger developed and deployed the content management system serving as the driving force of NaturalNews.com. He also pioneered the email newsletter technology company called Arial Software. Adams founded and published the open source science journal known as Natural Science Journal. He was the first food science researcher to document elevated levels of tungsten in superfoods. He has also defended the rights of home gardeners and protected the medical freedom rights of parents. The Health Ranger’s online store features over 600 products that have been meticulously tested by his own laboratory.