The WAR on CARBON Deconstructed (Video) 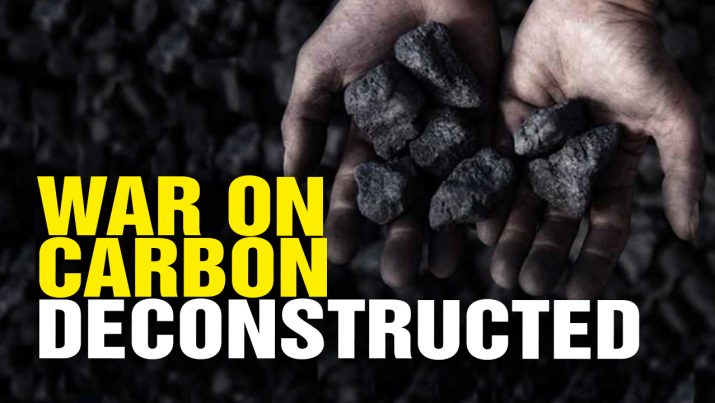 The very same people who think carbon is a “pollutant” are, themselves, made of carbon. Everything they eat is made of carbon, and their blood, skin, hormones and organs are all made of carbon!

If you think carbon is bad, you must hate yourself. YOU are made of carbon.

Podcast Transcript: “If you thought the war on drugs was totally insane and ludicrous… Let me introduce you to the war on carbon. This is what is being pushed by climate change people who are unbelievably and scientifically illiterate to the point where they have declared war on an element that they are made of themselves. It’s unreal! If you take a hundred climate change alarmists, and you put them in a room, and you ask them to take a simple science quiz on carbon, I guarantee you 99 out of a 100 will not even know that they themselves are made of carbon. Or that everything they eat is made of carbon. The science education, I guess, is so bad – or maybe it’s just the propaganda and indoctrination that is so bad… that they don’t even know Vitamin C is made of carbon Or the pot they are smoking!

The WAR on CARBON deconstructed from NaturalNews on Vimeo.