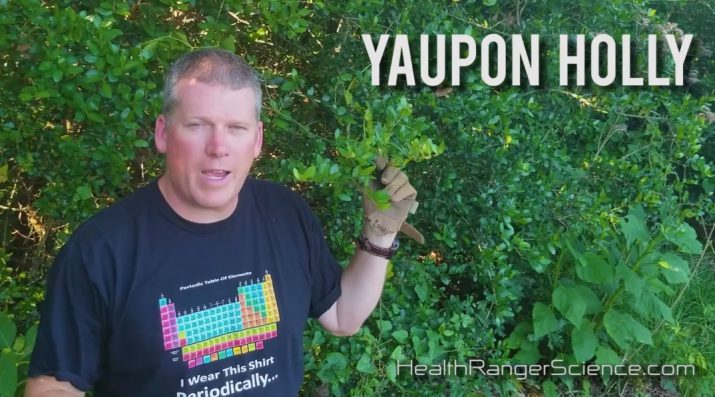 These are both part of the ongoing Health Ranger Science series of educational videos that introduce people to wild foods, natural medicines and living in harmony with nature.

Video Transcript: “What you’re looking at here is Yaupon Holly. It’s the only natural, living source of caffeine in North America. If you’re a prepper or if you want to have an alternate source of caffeine as an herbalist, this is plant you want to look for – Yaupon Holly. It’s believed to be poisonous, but it’s a false belief because Native American Indians use to use this plant to over indulge on caffeine and actually hallucinate with a way to connect with some of their spirit guides. Caffeine was there psychedelic drug – if you will. But obviously caffeine has many uses, especially in a collapse or preparedness type, you can take these leaves, which grow like weeds much across Central Texas, you can roast them, sort of like coffee roasting, and you can actually then make quite a delicious caffeinated tea out of this. In a time of collapse or preparedness, people are going to be desperate for sources of coffee and tea. So, this plant could become very handy…”

Watch both videos below: