For America to survive, we must declare independence from Big Pharma’s failed medical monopoly 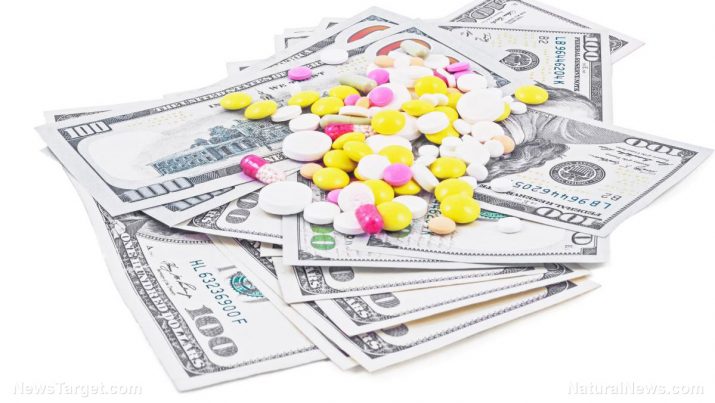 Although suddenly everyone is aware of the looming financial collapse of the State of Illinois, almost no one is aware of why it’s actually happening. And the lying mainstream media — purveyors of fake news — won’t dare tell you the real truth: Illinois is being bankrupted by Big Pharma and the failed “sick care” medical establishment.

With a current payables backlog of $15 billion it owes to contractors that include “sick care” providers, Illinois also owes $251 billion in future pension benefits that include health care coverage. That’s a quarter of a trillion dollars for a state that is so far beyond broke that even mainstream news organizations are calling its financial situation “catastrophic.”

On top of that, a recent court ruling demands the state now pay $586 million per month to catch up on all the unpaid Medicaid bills it owes doctors, hospitals, cancer clinics and drug companies. State comptroller Susana Mendoza says, “Friday’s ruling would cause her to likely have to cut payments to the state’s pension funds, state payroll or payments to local governments,” according to the Chicago Tribune. “As if the governor and legislators needed any more reason to compromise and settle on a comprehensive budget plan immediately, Friday’s ruling by the U.S. District Court takes the state’s finances from horrific to catastrophic,” said Mendoza.

Like all the other states, Illinois has flushed billions down the toilet to enrich Big Pharma’s failed “sick care” treatments

The real reason Illinois is going broke is because the health care system in America is technically a legal drug cartel … a profiteering monopoly that transfers economic wealth from the citizens to the pockets of drug companies.

A literal conspiracy across the FDA and state medical boards criminalizes natural medicine while pushing high-priced prescription drugs that cure nothing and only guarantee repeat business for the pharma drug cartels. The result is a massive, nationwide “wealth extraction” operation run by the drug companies, and Illinois is just the first of many states that will financially crumble under the burden of monopoly-priced medicine that fails to prevent disease in the first place.

Even as we’re watching Illinois implode under the financial burden of a failed health care system, almost no one is talking about the real source of the problem: The drug cartels and their monopoly over medicine. In the same way that Colombia was transformed into a “narco state” in the 1980s by the lucrative cocaine trade cocaine, today’s United States of America has collapsed into a “pharma state” where drug company interests dominate the politics.

To save America, we must declare independence from Big Pharma’s drug cartels

America spends almost one out of every four dollars of its GDP on “sick care” services. This is largely money that’s spent on a broken health care system dominated by Big Pharma’s toxic drugs that simply don’t work to prevent sickness and disease. This disastrous drug cartel serves only to transfer wealth from the population to the pockets of drug company shareholders and CEOs, and if America is to financially survive, it must reject this failed system of unaffordable, toxic medicine.

The FDA’s federally-enforced drug monopoly must end, and we as a nation must legalize natural medicine for everyone, including protecting doctors and health practitioners who wish to prescribe natural medicine to their patients (but will currently lose their medical licenses if they attempt such things).

The primary enforcer of the toxic pharmaceutical cartels that are bankrupting America — the FDA — must be gutted from top to bottom. The agency serves as nothing but a drug-pushing protection racket enforcer, targeting natural medicine manufacturers for destruction while colluding with drug companies to keep dangerous, costly prescription medications widely available even when they are killing hundreds of thousands of Americans each year. Thanks to the FDA, for example, prescription opioid deaths have now surpassed all gun-related deaths in America. The result is the acceleration toward bankruptcy at every level of our economy: Cities, states and even nations are facing imminent financial collapse because they’ve spent fortunes on monopoly-priced medications that have accomplished nothing other than enriching the Big Pharma drug cartel.

When a single state in America must now pay over half a billion dollars per month just to barely keep up with what it owes the medical system, you know something has gone terribly wrong and the system is unsustainable.

Big Pharma is a dangerous parasite on the U.S. economy and it will bankrupt everything if we don’t stop it. All the Republican talk about health care reform and “free market” solutions is just smoke and mirrors unless you address the pharma drug cartels and the FDA-enforced monopoly that criminalizes natural medicine, a safe, affordable and highly effective alternative to toxic prescription medications.

In fact, I’ll make a bold prediction here: Any state or nation that does not free itself from the economic death grip of the pharma drug cartels will eventually face financial collapse. Paying more and more money to a monopoly-protected corporate monstrosity that sells toxic chemicals to sick people is not merely unsustainable, it is stupid beyond belief. Yet this remains the default plan of both Republicans and Democrats in Washington, nearly all of whom are prostitutes for the pharmaceutical industry.

Listen to my podcast videos to learn more details about why the Big Pharma drug cartels are so dangerous to America: