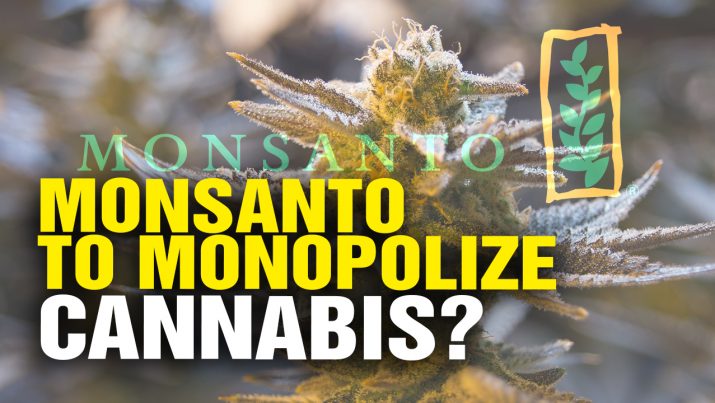 Monsanto may be planning to monopolize the cannabis industry with its evil, cancer-causing poisons and GMOs. The future of cannabis might be genetically engineered, glyphosate-doused WEED that’s toxic to humanity.

Podcast Transcript: “A major effort is underway by Monsanto, Bayer and Scots Miracle Grow to monopolize the cannabis industry. Thank you for joining me today. This is Mike Adams, the Health Ranger of HealthRangerReport.com. I’m the editor of NaturalNews.com and I’m also the scientists, who is the co-author of the science paper published in the science journal called LC GC – which is a quantitation of cannabinoids in hemp extracts using a combination of liquid chromatography and time-of-flight mass spectrometry. So, I know quite a bit about cannabis, cannabinoids and the quantitation of this plant. I’m really concerned about the fact that Monsanto and Bayer, which are merging now … It’s a 60 or 66 Billion Dollar merger – some huge number. You’ve got Scots Miracle Gro, which is a wholly dishonest company who is engaged in buying up a bunch of hydroponics manufacturers, while Monsanto and Bayer are working on genetically modified strains of cannabis. What they’re going to try to do is monopolize the market and take it over like they’ve been taking over the seed exchanges…” Listen to the full podcast below:

Learn more at Monsanto.news and NaturalNews.com

Monsanto to MONOPOLIZE GMO cannabis? from NaturalNews on Vimeo.