Bitcoin Cultists Are BLIND to the BUBBLE (Video) 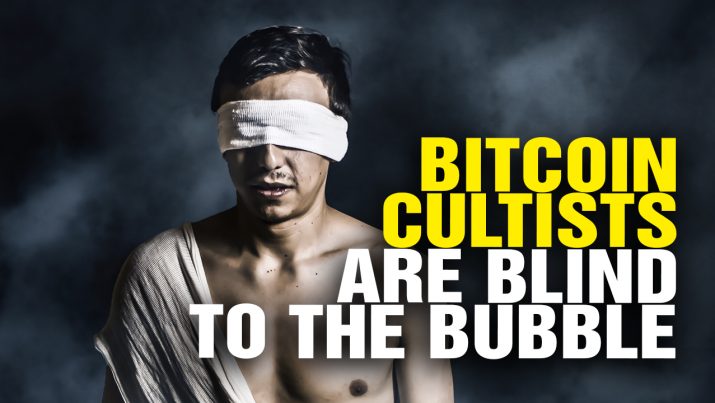 The Bitcoin delusion kicks into high gear as Bitcoin cultists claim, “It can’t be in a bubble, it keeps going UP!”

Podcast Transcript: “This might be the most hilarious Bitcoin update yet. This is Mike Adams, the Health Ranger here. Publisher of BitRaped.com and BitcoinCrash.news. The Bitcoin promoters are now saying that, “Bitcoin can’t be in a bubble. It keeps going up.” I mean seriously. They think because the price keeps going up it’s not in a bubble. When they describe the price that keeps skyrocketing, they are describing a bubble, but just like everybody who has been in every other bubble before, they cannot see the bubble, because they’re in the bubble. They’re driven by greed and they all literally – all the Bitcoin promoters – think that they have discovered a perpetual money machine. They literally believe that they have found a magical way – like a portal into an alternative universe – to create money from nothing…” Listen to the full podcast below:

Bitcoin cultists are BLIND to the BUBBLE from NaturalNews on Vimeo.