Bitcoin promoters being SET UP as the “fall guys” (Video) 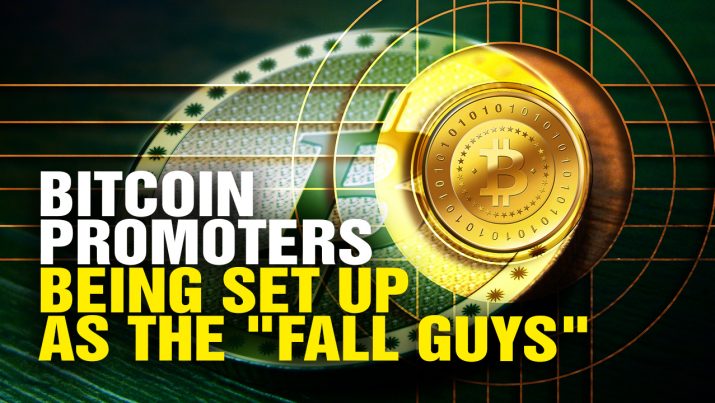 The Health Ranger explains how Bitcoin promoters are being set up to be the “fall guys” for the coming Bitcoin wipeout. It will be followed by arrests and indictments against Bitcoin promoters, as well as civil lawsuits from those citizens wiped out by the Bitcoin crash.

Podcast Transcript: “Ever since I started warning people about the Bitcoin bubble, of course I’ve been attacked by Bitcoin promoters who are calling anybody who isn’t on board the Bitcoin cult, a quote Bitcoin hater. But what I really want to get across to all of those Bitcoin promoters out there today, is that I’m trying to help you. I’m trying to keep you out of prison. I think you don’t know what the system will do – to what lengths they will go – to maintain control over the global money supply and put people like you in prison. You are being set up as the fall guys. That’s what I’m going to explain here in this podcast. Thank you for joining me today everybody. My name is Mike Adams, the Health Ranger. I’m the publisher of BitRaped.com as well as BitcoinCrash.news. Now, here’s what’s going to happen…” Listen to the full podcast below:

Bitcoin promoters being SET UP as the “fall guys” from NaturalNews on Vimeo.