Why It’s Dangerous to Be in CROWDS (Video) 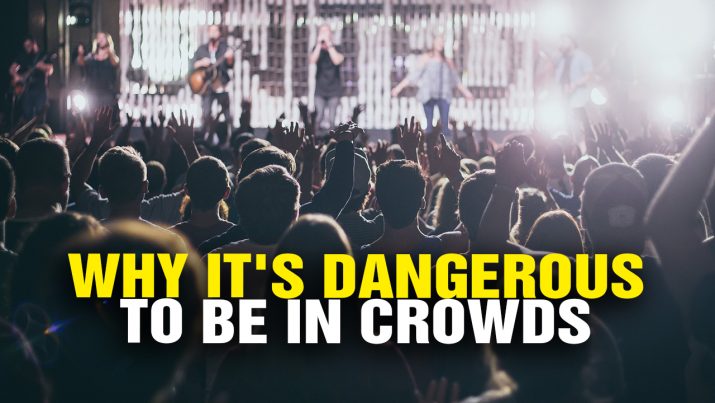 The Health Ranger explains why it’s dangerous to be in CROWDS, especially when there’s concrete beneath your feet.

Podcast Transcript: “I don’t know which podcast it was last year, but I specifically remember telling people that Isis terrorists would try to find crowds that are on concrete to shoot at because they could get a lot of bounces and ricochets off the concrete. Now if you look at this Las Vegas shooting, you know what did you have? You had a guy firing at least – well according to the official story – a guy firing a bunch of .223 rounds, which are very small rounds. They’re not very powerful. They were hitting the concrete and I’m willing to bet you at least half the injuries are ricochets or fragments – fragments of concrete or fragments of bullets – that bounced off the concrete and then got into people. I’m willing to bet you a lot of the injuries are legs, knees, shins, ankles and feet. If you weren’t hit by the bullet coming – if you weren’t hit in the head or the shoulders – you probably were very likely to get a lot of shrapnel from the concrete – from the ground or bullet fragments basically exploding on concrete. This also depends on what kind of rounds he was firing…” Listen to the full podcast below:

Why it’s dangerous to be in CROWDS from NaturalNews on Vimeo.