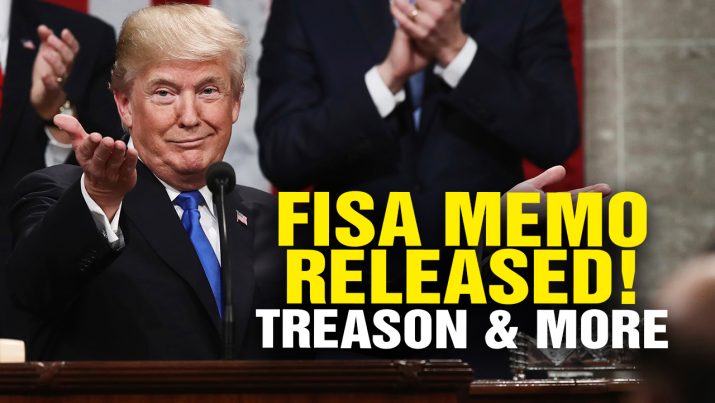 As expected, the so-called “FISA memo” was released at noon on Friday, revealing serial abuses of the Foreign Intelligence Surveillance Court by upper echelon officials in the FBI and Justice Department to prevent Donald J. Trump from becoming president, and to undermine him after he defeated Hillary Clinton in November 2016.

Per Fox News, as many suspected, the discredited and unverified “Trump dossier” was used not once but on three separate occasions to secure a FISA court surveillance warrant to enable the Obama administration to illegally spy on Team Trump during his campaign.

In addition, Hillary Clinton, U.S. media outlets, and ranking officials within DOJ and FBI including former FBI Director James Comey, former deputy director Andrew McCabe, and Deputy Attorney General Rod Rosenstein were all aware that the dossier was a fictitious political document, not a serious piece of intelligence work.

Listen to the full podcast below:

Stay informed at NewsTarget.com or NaturalNews.com