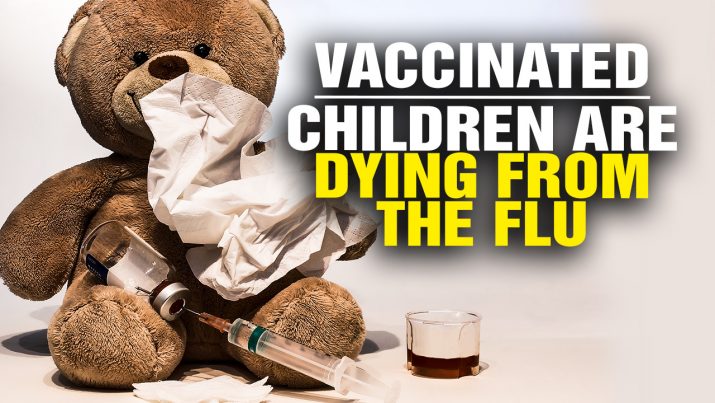 As the Health Ranger explains, flu shots make children MORE vulnerable to influenza infections, contributing to the deaths of children from the flu.

Podcast Transcript: “It’s very sad to see the reports of all the children dying from the flu after receiving flu shots. This is what’s happening across America today. You’ve seen the reports I’m sure of children dying from the flu, many adults and senior citizens dying from the flu, as well, they say this year’s flu strain is particularly virulent and deadly to some people. But what the media isn’t telling you is how many of these people have received flu shots. The way you know this, by the way, is if all the people dying were unvaccinated, the headlines would scream ‘Unvaccinated Children Dying From the Flu.’ The headlines would say, ‘Flu Shot Gives Bulletproof Immunity to Children Whose Lives are Saved.’ But you don’t see those headlines. The reason you don’t see them is because many of the children dying from the flu are children who were vaccinated with the flu shot. If you really look closely at the CDC, and even the Pharma industry propaganda on the flu shot, it turns out that this year’s flu shot is explained, by the industry itself, to be 10 percent effective. 10 percent. So, for every one person that receives protection from the flu from this year’s vaccine, according to the vaccine industry itself, 9 people received no protection, but of course those nine people still get all the side effects or at least the potential for the side effects. They get the aluminum, the mercury that’s still in some flu shots, whatever ingredients, antibiotics, other unlisted, unlabeled chemicals that are in flu shots… They get all that. So, you get all the negative side effects, but no protection. But it’s actually worse than that you see! Many of the, not just kids, but people dying from the flu this year are people who had flu shots in previous years. As we covered at Vaccines.news, there’s a scientific study that found that people who receive flu shots have weakened immunity in subsequent years…” Listen to the full podcast below:

Stay informed at Vaccines.news or Influenza.news

*VACCINATED* children dying from the flu from NaturalNews on Vimeo.