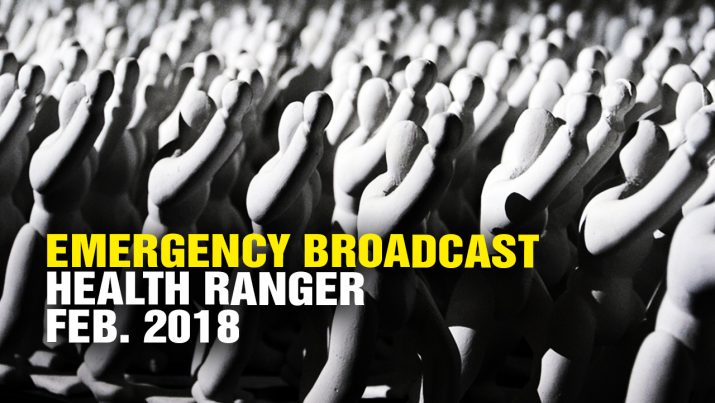 This is an EMERGENCY BROADCAST from the Health Ranger for Feb., 2018.

Product Transcript: “All right. This is an emergency broadcast. This is Mike Adams, the Health Ranger here. You know me as the publisher of NaturalNews.com, but I’m also the publisher of Trump.news – as well as SecondAmendment.news. I’m a longtime self-defense advocate, proficient in most kinds of firearms and so on… I believe in America. I believe in the Constitution and I believe in the right to self-defense. It’s a divine right, and it’s a right that we see reflected throughout nature, animals – even plants have self-defense weapons by the way – I’ve covered that before. But today in this emergency broadcast – which I really encourage you to share widely – I have some red flag warning signs about what’s coming. I’m gonna make this quick. The bottom line is that the Left – the insane deranged, mentally ill Left in America – is moving us toward a cultural revolution. They need to disarm us before they can commit mass murder executions, imprisonment of political prisoners – political opponents – just look back at the Cultural Revolution of China Mao, even Joseph Stalin. Look at the communist revolutions. They are following the blueprint and they have to take away self-defense firearms from law-abiding patriotic Americans before they can complete their takeover. They’re complete communists overthrow. Now, here’s what’s important to understand…” Listen to the full podcast below:

Learn more at NaturalNews.com or NewsTarget.com

EMERGENCY BROADCAST from the Health Ranger Feb. 2018 from NaturalNews on Vimeo.